Native stone house with concrete porch, windows have been changed.

Native Stone surrounding the Baseball Stadium. The area was formerly used as a rodeo arena for the Butler Brothers Rodeos. After completion of the baseball stadium a semi-pro baseball team played here that won four straight state titles from 1948 to 1951 [5]. 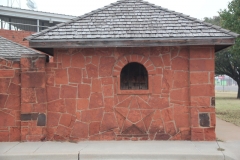 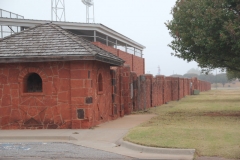 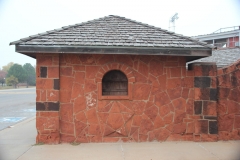 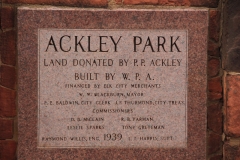 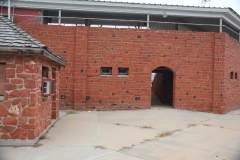 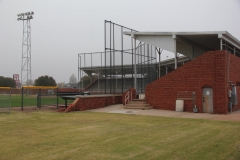 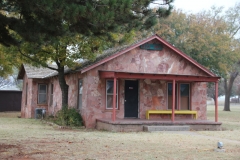 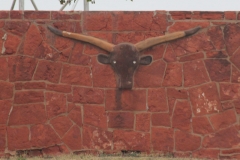 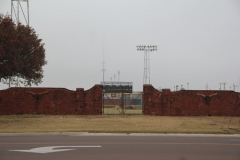 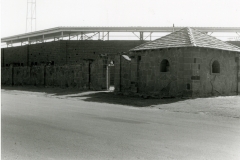 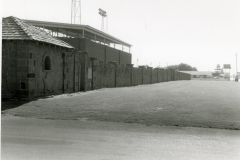