Containing thirteen rooms, a gymnasium and an auditorium, the Dickson School is a single story, F-shaped structure. It measures vertically 257 feet, while its two horizontal wings extend 137 feet from front to rear. The structure is constructed of untooled and uncoursed native sandstone laid with cobweb masonry. Over the gym the roof is arched; over the auditorium it is hipped; and over the classroom section it is flat. Parapets capped with limestone blocks extend over the gym and the class areas. Front entryways are recessed and covered with pre-formed concrete porches supported by side walls of sandstone. At the roofline of the main entry is a stepped cornice that extends into a flat roofed “lantern.” Placed in twos, windows on the front rest on pre-formed concrete sills and below continuous lintels. Window placement varies and on the gym some of the upper windows have been enclosed with inserts and smaller, sash windows installed. Cinder block additions to the rear of the auditorium and the gym have not impaired the architectural integrity of the school.
The Dickson School is particularly significant architecturally. Its scale sets it apart from any other structure in the community, as does its materials and type. More important is the quality of its masonry, especially the stone selection. The facade of the gym is of such quality that it rises to the level of art. Construction of the school put a lot of unskilled and unemployed laborers to work, providing income and self respect when those commodities had long since vanished, and demonstrated that such workers could perform quality labor. The school plant, of course, provided a new learning environment for the students of the community, enabling them for the first time to partake of the delights of modern education. 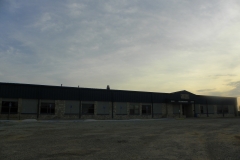 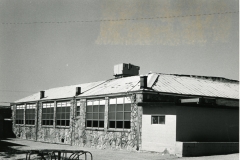 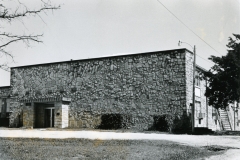 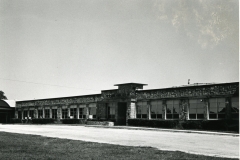