The Healdton Armory is a single-story, rectangular (148′ x 122′) structure constructed of red brick. Over the drill floor the roof is arched, but elsewhere it is flat. Parapets are capped with pre-formed concrete blocks. Modified, stepped pilasters decorate the walls and corners, their features accentuated by concrete moldings. A watertable and frieze on the front provide additional decorative elements. The main entryway is framed by pilasters and a stepped cornice at the roof line. Elongated window openings are filled with metal encased panes, although three of them have been enclosed with cinder blocks. The armory contains five garage openings. Very minor alterations have not affected the integrity of the structure.
The Healdton Armory is significant as a WPA structure for its material and scale. Most WPA armories were constructed of stone, which makes the Healdton armory somewhat unique. The building also exhibits a high level of workmanship, especially in its decorative elements. The building of the armory provided work for many when this oil-boom area experienced the shutdown of the depression. It has certainly aided the military efforts of this country and is a beautiful addition to the city of Healdton.

By mid-summer of 1935 Carter County municipalities had submitted numerous proposed WPA projects. The Healdton city government submitted three, one of which was an armory. Public support for the armory included local civic and patriotic organizations: in September of 1935, the American Legion donated two lots, and the Lions Club donated three lots, on Franklin Street. The city commission subsequently deeded the property to the state. Thus, the sponsor’s share of the cost of the armory was provided in land. Groundbreaking for the Healdton Armory took place in late October 1935, and construction proceeded through the rest of the year and through 1936. Local purchases of materials added to the project’s importance for the local economy. Due to labor shortages, materials shortages, and weather-related shutdowns, a short project expanded into a long one. In January of 1936, WPA administrator Gen. William S. Key ordered project supervisors to rearrange the work schedule from one eight-hour shift to two six-hour shifts per day. This would accomplish two purposes: it would employ more workers, a bonafide WPA goal, and it would bring the project back onto its original schedule. At this time, forty-six men were employed on the site. 10 The first event held in the still unfinished facility came on December 10, 1936, when the local high school held a fundraiser for the school band. Finally completed in mid-December, the Armory was dedicated on December 18, 1936. On that day, Healdton celebrated with an open house, banquet, and band concert. General Key, state WPA director, and other state and local dignitaries participated in the dedication, and the program concluded with a dance, for which music was provided by “the W. P. A. orchestra.” 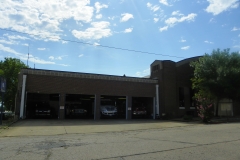 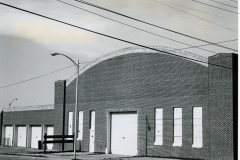 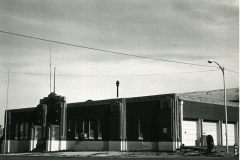