“Springer, Carter county, thanks the Works Progress Administration for its handsome new stone school building of ten rooms, constructed at a cost of $30,926.84”

The Springer School campus has two WPA structures: a school building and a gymnasium. The ten-room school building is a single-story, rectangular (137′ x 60′) structure constructed of rusticated and coursed native sandstone. For visual relief some stones are placed vertically. The structure has a flat roof with parapets. Entryways are recessed and the front entry framed with stepped with pilasters and a pre-formed cut stone lintel. Windows are encased in metal and rest on cut stone sills. Several of the rear windows have been filled with wood inserts. The latter alteration does not affect the integrity of the building.
The gymnasium is a single-story, rectangular shaped (123′ x 58′) structure constructed of rusticated and coursed native sandstone. Pilasters on either side of the building give visual relief. It has an arched roof with parapets. Most elongated windows have been filled with cinder blocks. A bus garage is located on the north end. A small wood addition has been built over the west entry, and a larger addition has been built on the south side, but the integrity of the structure is still intact.
The WPA buildings on the Springer campus were constructed to replace existing structures that were too small and were a hazard to the pupils. The buildings were built at a time when it would have been impossible for the District to build them without the help of the Federal Government. Their construction provided a means whereby many unemployed persons could earn their livelihood and stay off the dole. At the same time, these persons gained training that might help them obtain a job in construction in the future. Architecturally, the buildings are significant for their stone building materials, their scale, their style, and the quality workmanship that went into their construction. 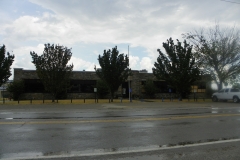 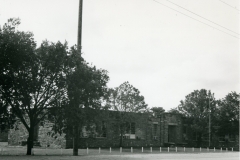 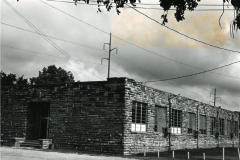 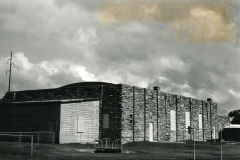 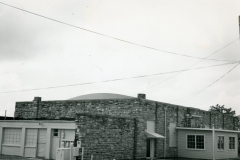