By mid-summer of 1935 Custer County municipalities had submitted more than $250,000 in proposed WPA projects. The Clinton City Commission submitted three, one of which was a $35,000 armory. After some debate, the city commission selected a site for the new building and deeded the property to the state; then, on the eve of groundbreaking, supervisors discovered that the contours of the property precluded construction according to the blueprints and specifications. A new site, five lots adjoining McClain-Rogers Park (park construction and improvements being a cooperative CWA, FERA, and WPA effort) in a new residential addition on the southwest side, was purchased for $600, using money collected from local businessmen literally overnight. Thus, the city’s share of the cost of the armory was provided in land. Groundbreaking for the Clinton Armory took place on October 30, 1935, and construction proceeded through the rest of the year, through 1936, and into 1937. Local purchases of materials added to the project’s importance for the local economy. Due to labor shortages, materials shortages, and weather related shutdowns, a short project expanded into a long one. In January of 1936, WPA administrator Gen. William S. Key ordered project supervisors  to rearrange the work schedule from one eight-hour shift to two six-hour shifts per day. This would accomplish two purposes: it would employ more workers, a bona-fide WPA goal, and it would bring the project back onto its original schedule. At this time, forty-five men were employed on the site.  The Guard unit moved into the new facility on January 1, more than a month before it was finished. 11 Finally completed in February, the Armory was dedicated on March 9, 1937. On that day, Clinton celebrated with an open house, banguet, and band concert. General Key, state WPA director, and other state and local dignitaries participated in the dedication, and the program concluded with a dance in the new armory.[1] 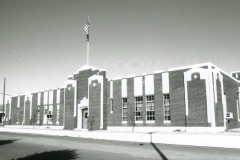 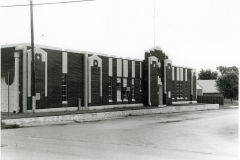 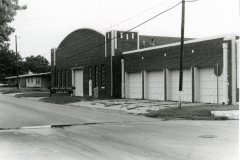 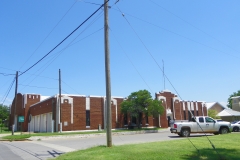 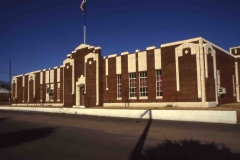