Harrison Elementary was an addition to a building built in 1919. A rectangular-plan, two story brick building with a basement. The 1937 addition to the east end of the 1919 building continues the interior plan and matches the material, styling, and scale of the earlier portion which makes this building unique in that the building expanded the structure with near seamless matching form. Local architect R.W. Shaw designed the Collegiate Gothic style addition to incorporate the physical manifestation of the major tenets of the Progressive Era, specifically the emphasis on hygiene and permanent, fireproof construction.

A 1936 Enid School District resolution authorized the issuance of a $250,000 bond for the purpose of “erecting and equipping one ward school building, erecting and equipping additions to school buildings and making alterations to school buildings and property.” This was to adopt all schools to the Platoon Plan, a educational plan to teach students in specific subjects using specifically training teachers on these subjects. This bond funded the additions to Harrison, Adams, and Wilson elementary schools. Shortly after accepting construction bids, the School Board applied to the Federal Emergency Administration of Public Works for a grant of $5,700.00 to aid in financing the purchasing of equipment and the additions “now under construction”

Enid’s 1919 School bond funded the construction of a new elementary school “north of the Frisco tracks” at 212 West Birch Avenue, this school served the community as an elementary school until 1980s. A Local architect R.W. Shaw produced drawings for the school and the board accepted a bid of $33,377.55 from Harter and Wheeler of Enid to construct the building. The school closely resembles the 1915 Adams School also designed by Shaw. Harrison School opened for the 1920 school year with eight classrooms, on for each grade, one through eight. Around 1922-1923, the addition of junior high schools reduced elementary grades to one through six and although the original design with a single classroom for each grade no longer fit the interior program it remained the same throughout the 1920s. The 1937 addition was to add six classrooms, since the schools modified to the Platoon Plan. The School Board accepted a bid for $34,794.00 from D.C. Bass & Sons Construction to add the six classrooms with R.W. Shaw designing the addition to blend with and enlarge his original 1919 design. 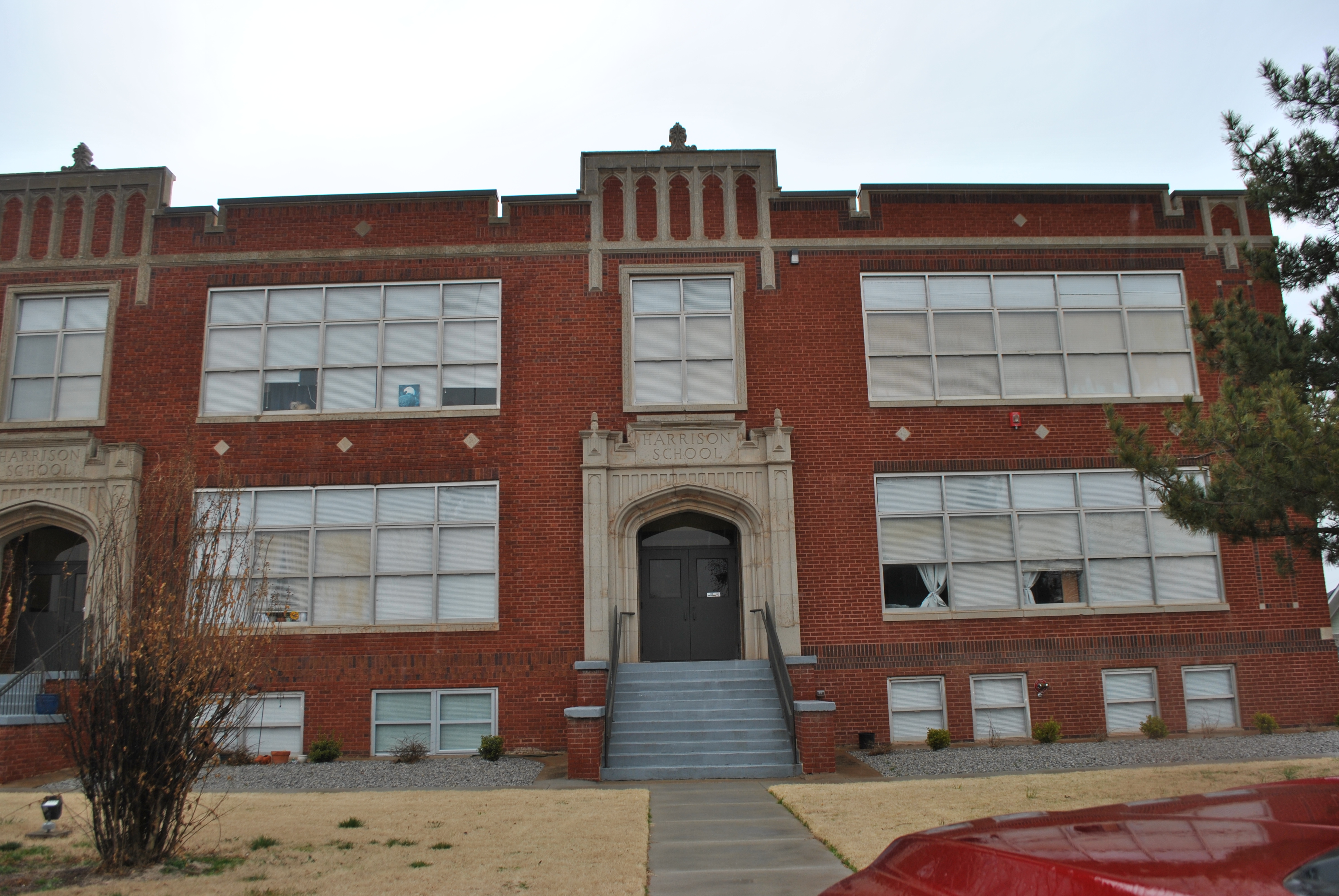 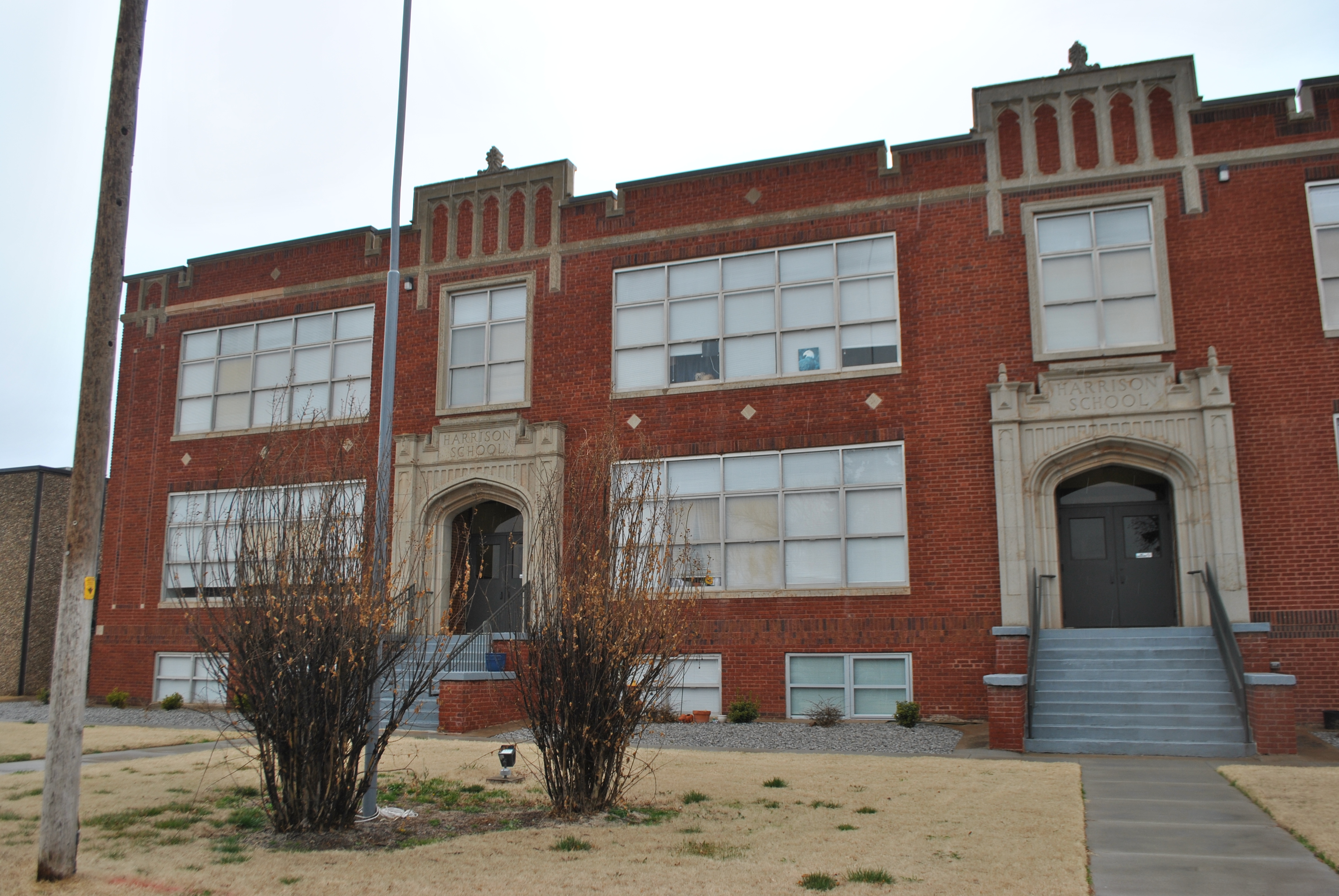 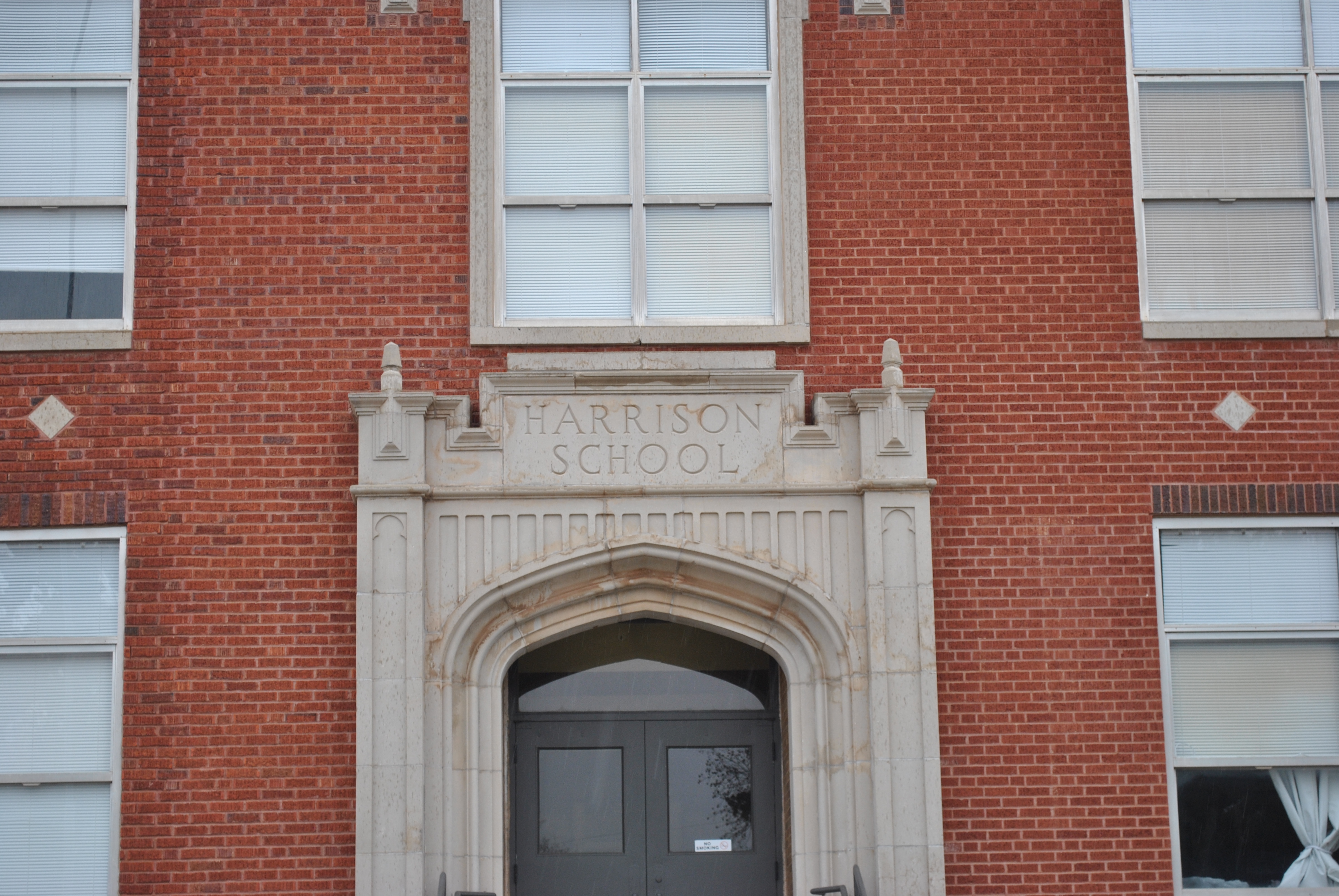 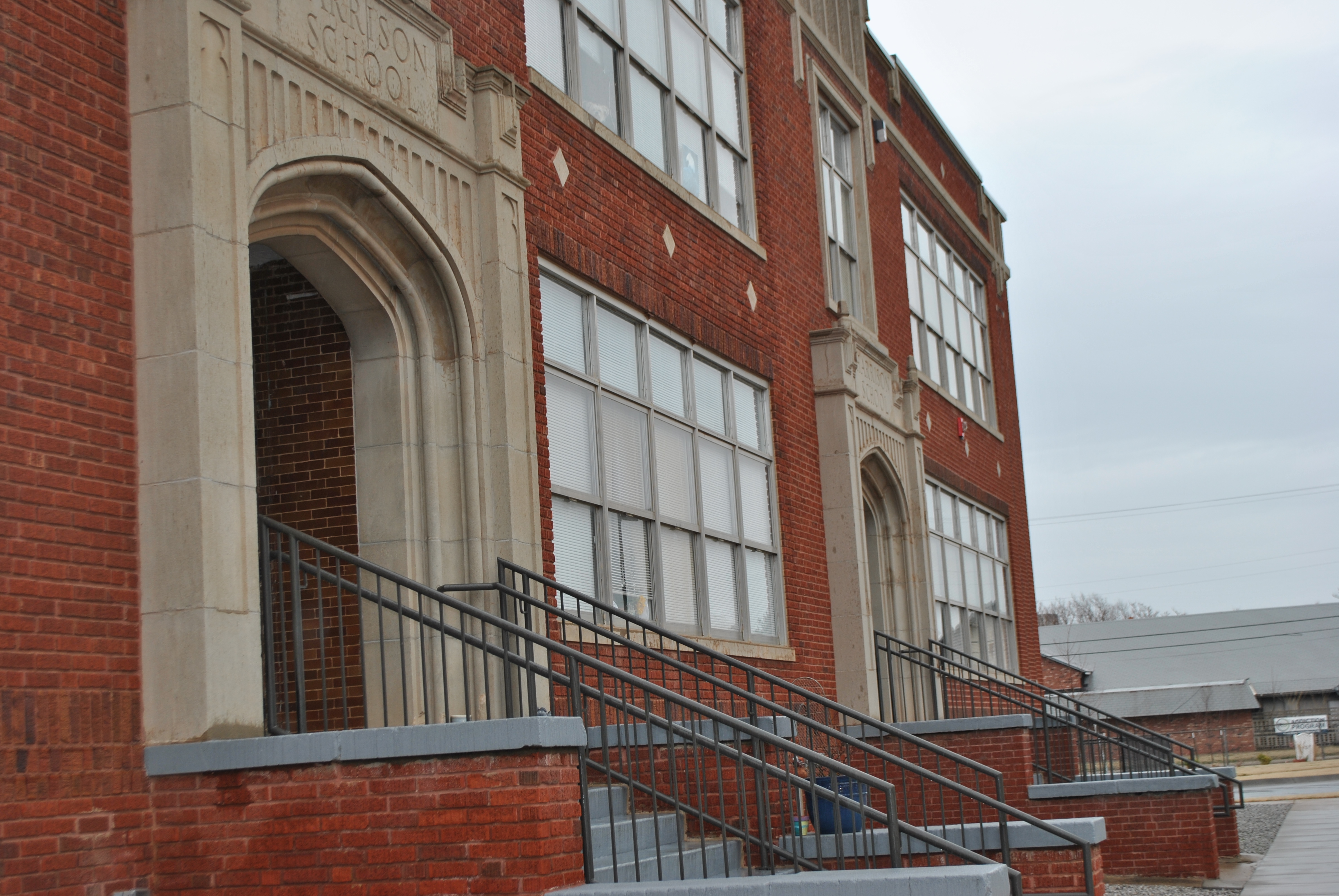 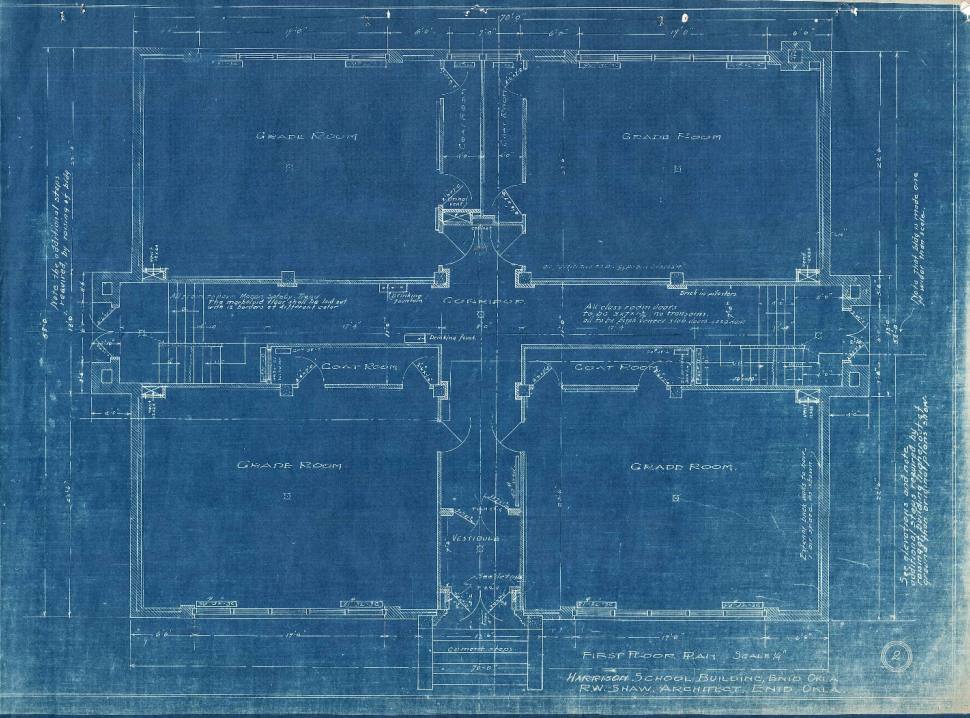 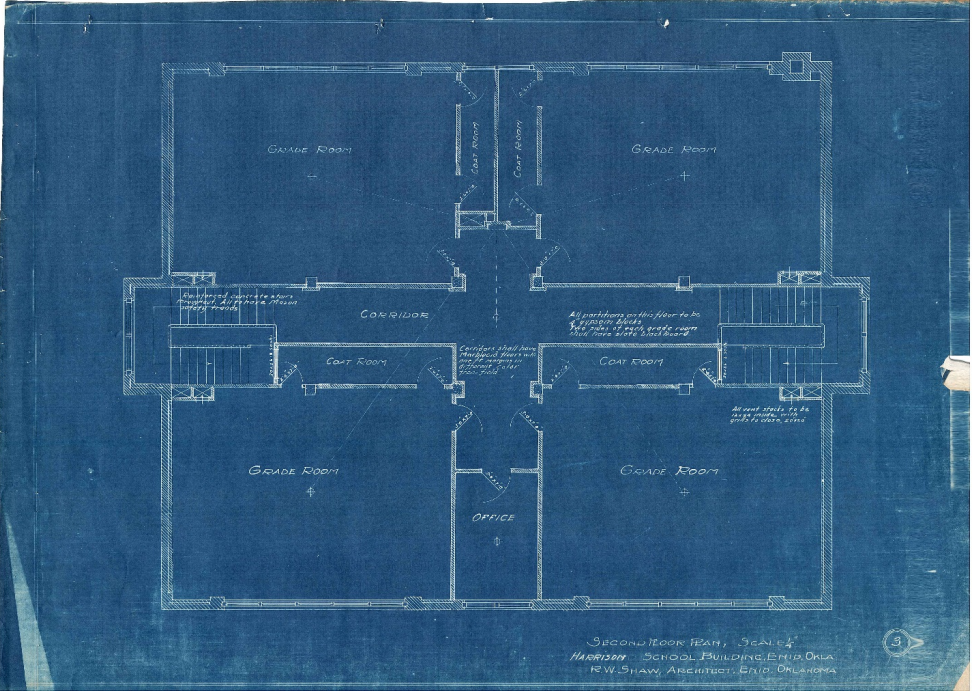 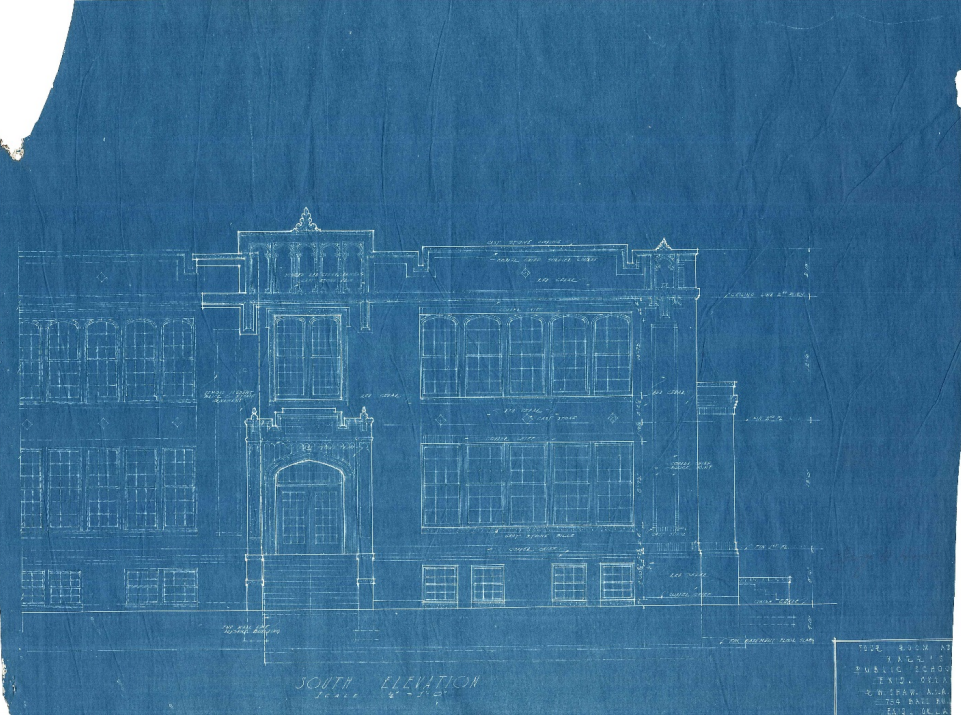 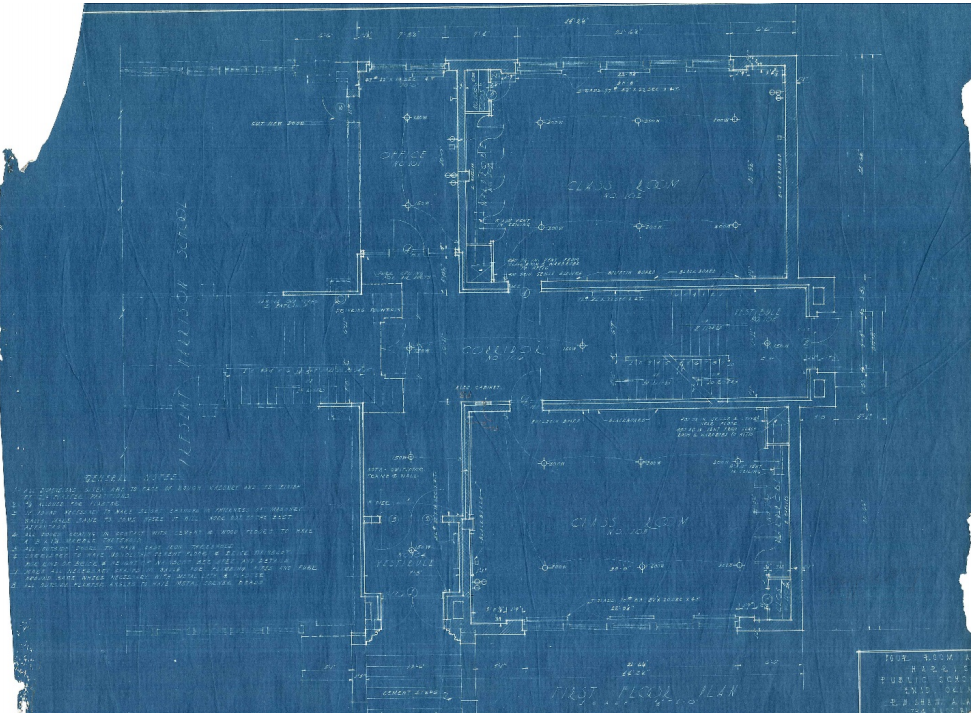 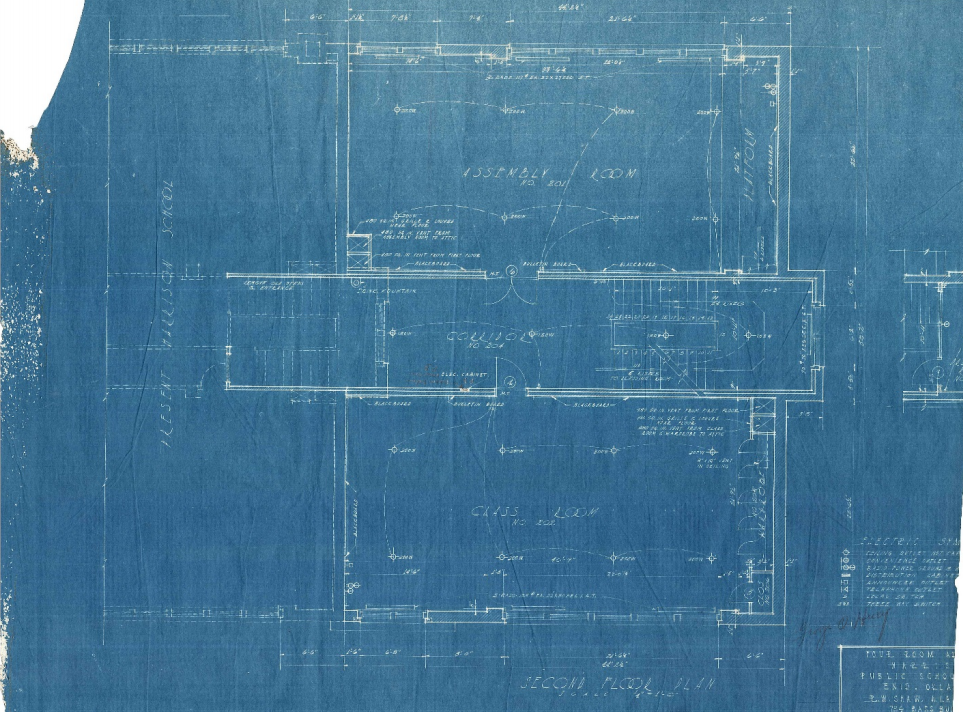 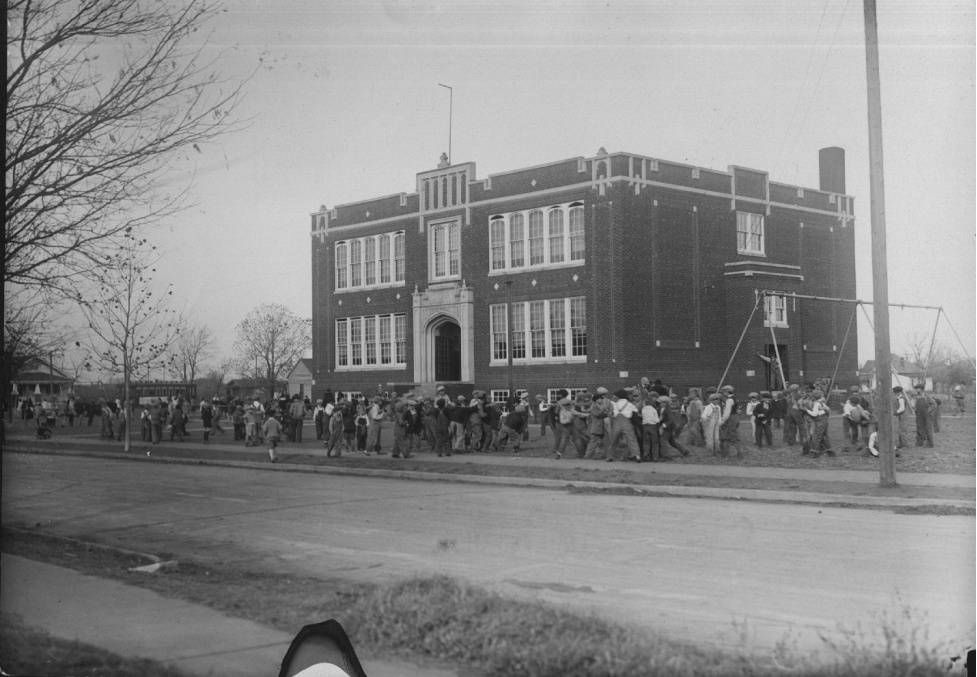 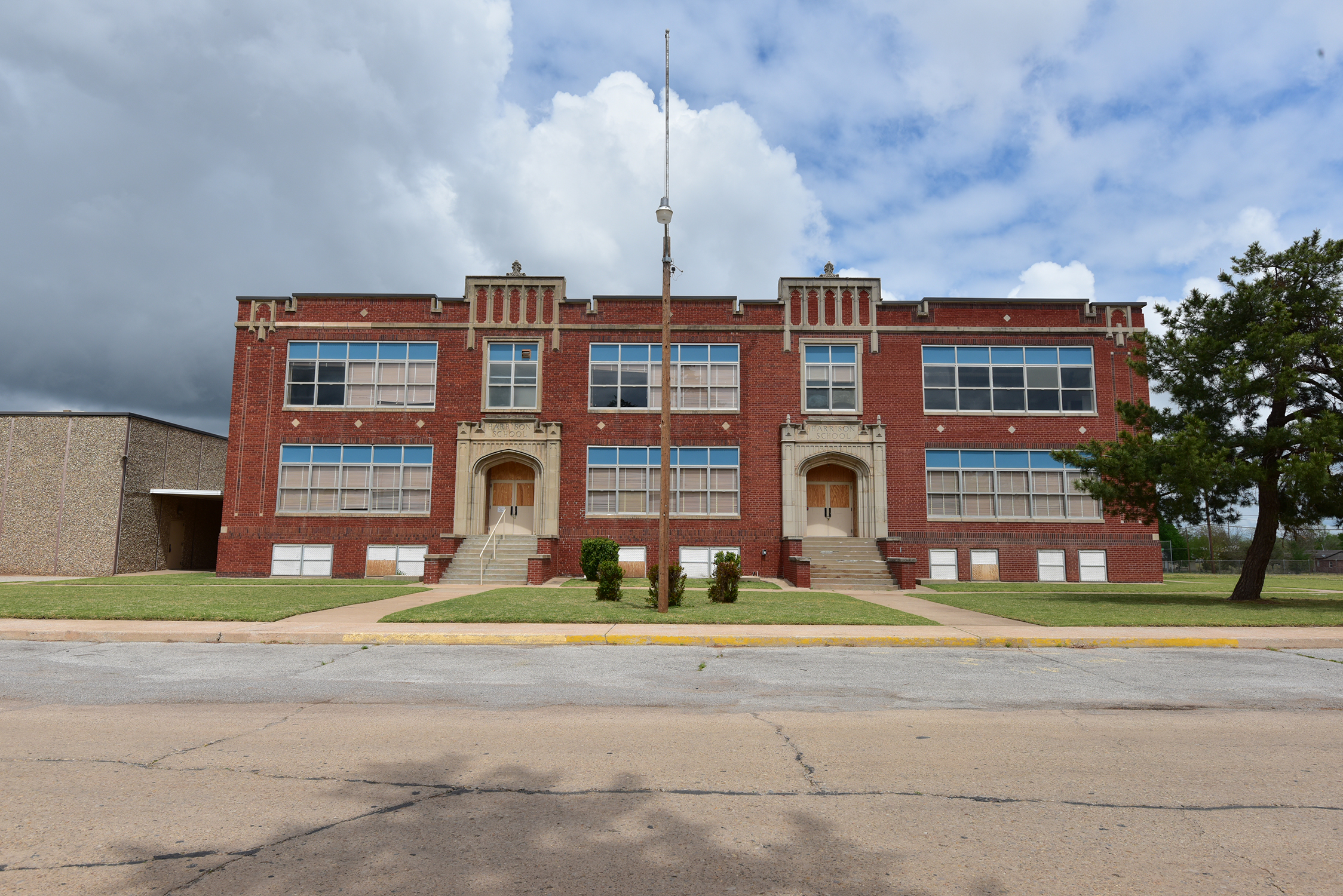