An eight room class and gymnasium building, the Walker School is U-shaped, measuring 169 feet across the north front and 83 feet on each of the two sides. The interior courtyard is 28 by 30 feet. The building is constructed of red brick with a flat roof and parapets. The front doorway is recessed behind an entry framed with pilasters and a roofline pediment. The pediment and wall caps are of cut limestone, as is the lintel ahove the east entryway. Window openings, with pre-formed concrete sills, have been reduced in size with wood inserts and energy efficient aluminum sash windows installed, except on the gym where original metal casement windows remain. The window alterations have not affected the integrity of the architectural style of the building.
SIGNIFICANCE: 1939; architect/builder: Harold F. Flood
The Walker School and Gymnasium is significant in that its size, brick materials and professional architectural design are unusual for rural educational plants constructed by the WPA. Within the community itself it is unique architecturally in terms of type, style, materials and workmanship. The school is also symbolic of the consolidation movement common to the 1930s when several rural schools combined into one district. This combination and the WPA-built facility permitted educators to introduce an advanced curriculum into the region. Of course, the construction of such a large facility permitted destitute agricultural and oil field workers to find steady employment after years of being on relief rolls.1

In 1957 a massive tornado blew thought the county and caused a great amount of damage to the school by unroofing the barrel roof gymnasium. Since the tornado hit just before the summer started the repairs were to become a major argument between the board members. First the clerk of the board, Lee Denson file a temporary injunction suit to block the proposed contract for repairs. He argued that the fellow members did not use the required by law bid calling process, and therefore needed to get bids looked at and then the lowest bid approved. He also believed that the district would be annexed to the Pauls Valley district soon and that repairs would be a waste of money. When the injunction was finally dismissed and repairs were made just prior to the school year starting in September. The vote for annexation was set for August 7th, 1957 and failed to pass. It wasn’t until the late 1980s that it was finally annexed with Stratford but the building continued to be used as a community center until the early 2000s when it finally was abandoned. This now is private property and cannot be accessed without permission.2 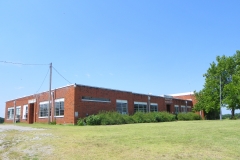 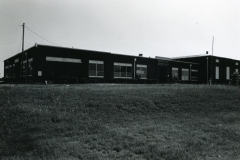 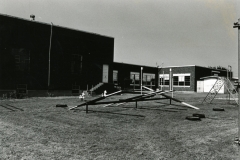 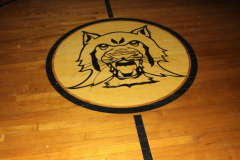 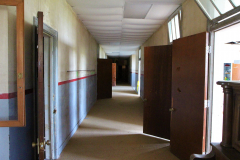 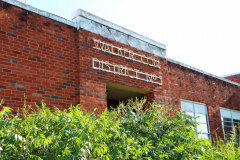 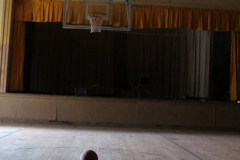