The athletic field at Broken Bow is composed of a football gridiron and a red cinder track. On the south edge of the field is a rectangular (110′ x 43′) stadium, with a poured concrete superstructure and stands that rise sixteen tiers. On the north edge of the field is a stands of eight tiers constructed of poured concret and untooled and uncoursed native sand stone. Enclosing the entire field is a seven foot high, rectangular (266′ x 486′) fence built from undressed native sandstone and laid without regard to course. Pillers are placed every twenty feet to give the fence stability. The superstructure of the south, concrete stadium has been enclosed with concrete blocks and a press box placed atop the whole. These alterations have not seriously impeached the architectural integrity of the entire athletic facility.
The Broken Bow Athletic Field and Stadiums have significance in that they demonstrate the broad dimensions of the WPA public works program and reflect how that agency defined “useful” construction projects. At a time when spirits were low and self-confidence was lacking, the WPA sponsored a project that upon completion enabled residents of Broken Bow to gather in support of a local team and take pride in their success. Broken Bow has had a winning football team ever since the 1930s. Architecturally the field and stadiums are significant within the community because of type and scale; of WPA projects sponsored by the school district they are the only ones remaining. The high school building, a beautiful structure, burned Halloween night, 1983. It is also important that construction of the stadiums provided job opportunities for persons who had been without work for years, enabling them to support themselves and regain some self-esteem. 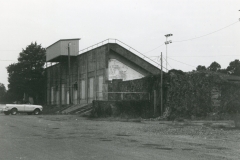 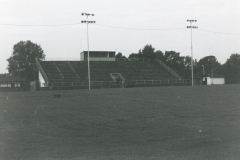 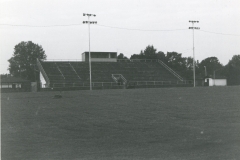 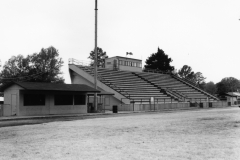 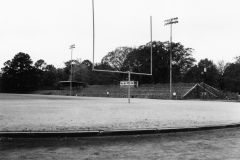 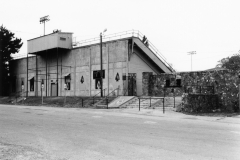 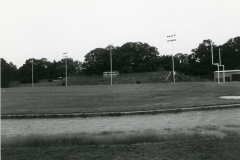