“On the far east side of the East Central University campus is a football stadium constructed by the WPA during the period 1936-1941. The stadium is rectangular, 199 ft by 56 ft. and constructed of poured concrete, with an exterior of rusticated and coursed white native stone.

“The stadium rises 20 tiers and has a stepped cornice on the back wall. Arched windows are boarded up on the back side. Large arched entrances have been reduced in size with opaque glass, wood and concrete block.

“A 254 ft. native stone wall runs from the stadium north.
Documentation of WPA status is from the Oklahoma Historical Society Landmarks Inventory database.” 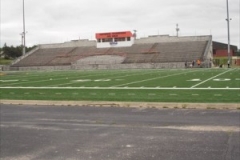 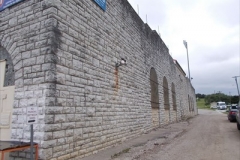 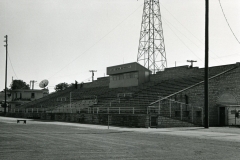 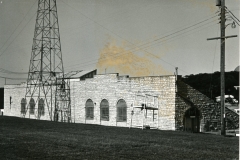 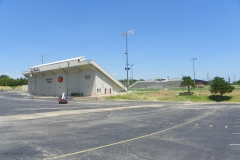