The superstructure and stands of the Pontotoc Fairgrounds Stadium is constructed of poured concrete and measures 271′ x 42′. It has 14 rows of seats plus a box seat section near the front. The stadium was built in two stages: the north 107 feet was built in 1940, the south 164 feet was built in 1938. The stadium is entered by two interior passageways and steps at either end. Parts of the superstructure have been bricked in to form rooms, and a sheet metal roof over the north end of the stadium has been added. These alterations have not affected the integrity of the structure.[1]

Have not investigated yet, but I believe this stadium is no longer standing. 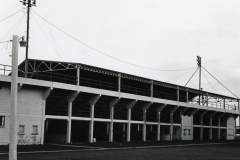 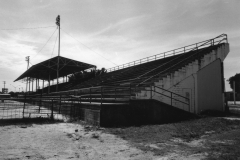 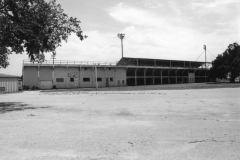 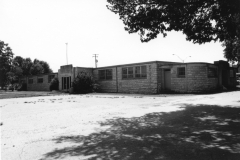 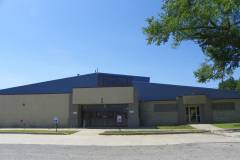 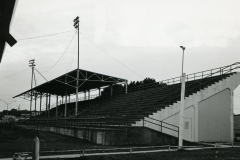