“The Marlow High School stadium was completed by the WPA in 1936. Unfortunately, most of the construction no longer remains, with the exception of four arches which still stand at the entrance. The WPA Grandstand burned in May 1956, the wooden dressing rooms have been replaced by a cinder block building

The original stone marker shows “BUILT BY WPA 1936.” Two granite markers have been laid in the wall which read “W.P.A. 1936” and “PARK BOARD J.E. SHIELDS / CLYDE FERGUSON / JOHN C. FISHER”

The four original arches have wood fencing installed in them, to form a wall at the entrance of the stadium.

The Marlow High School “Outlaws” play their Division 3A football here on Friday evenings during the school year. No other information could be developed as to the extent of the WPA construction originally at this location. Fortunately, someone had the foresight to at least salvage these beautiful arches.”  (http://www.waymarking.com) 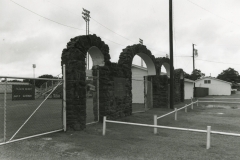 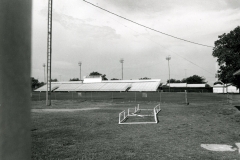 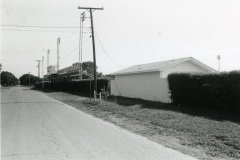 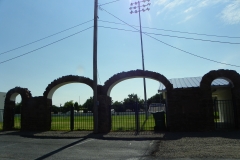 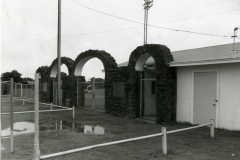 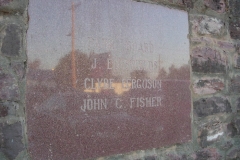 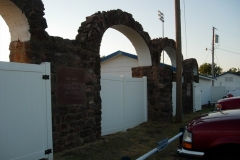 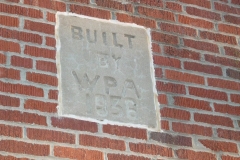 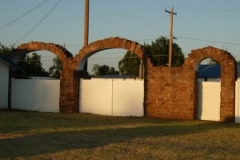 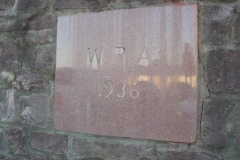