“Irving School, located at 12th and Sycamore in Duncan is currently a Pre-K Center and Head Start program. The School was a WPA project, built in 1935 as a two-story school, with an appropriation of $23,576. In 1966, the second story was removed and additional construction was completed on the first floor…

The Oklahoma Landmarks Inventory provides the following information on this building:

IRVING SCHOOL, DUNCAN, OK, WAS ORIGINALLY A TWO STORY BUILDING. OF THE WPA GRADE SCHOOLS (IRVING, LEE, EMERSON), IRVING IS THE ONLY ONE USING THE ORIGINAL BUILDING, THE OTHERS WERE RAZED IN THE MIDDLE 60’S WHEN NEW BUILDINGS WERE BUILT. IN 1966, RENOVATION WAS IN FULL FORCE – 2ND STORY TAKEN OFF, THE FRONT SECTION BETWEEN THE TWO WINGS WAS CONSTRUCTED – SINCE THEN WINDOWS HAVE BEEN REPLACED, CEILINGS LOWERED AND NEW BUILDINGS (CLASSROOMS, AUDITORIUM) BUILT. THE TREES AND PIPE RAILING HAVE BEEN REMOVED (LATE 70’S EARLY 80’S?)”   (waymarking.com) 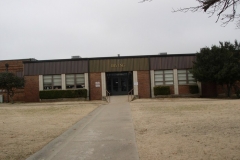 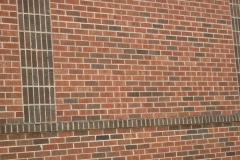 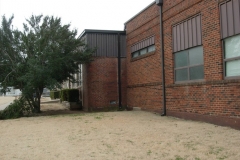 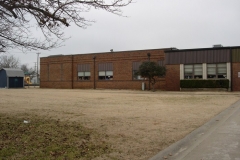