The Marlow National Guard Armory is located at 702 W. Main, in a residential area. It was constructed by the WPA, beginning on November 7, 1935, carrying through 1936, being completed in January 1937. It was dedicated during a fierce snowstorm on April 1, 1937.

Near the front entrance is a stone block reading “State Armory/Built by Works Progress Administration/1936/W.S. Key/State Administrator.” At the northwest and northeast corners of the building are concrete blocks reading “Built by WPA 1936.”

When constructed it was the home of the 1st Battalion, 158th Field Artillery, Battery C. At the time of placement on the Register it was still in use by the National Guard and was home to Battery B, 171st Field Artillery, 45th Infantry Brigade, 35th Infantry Division.” [3]

By late summer of 1935 Stephens County municipalities had submitted a number of proposed WPA projects. The Marlow City Commission submitted four, including a stadium, a swimming pool/bathhouse, a school, and an armory. After some debate, the city commission selected a site, purchased three lots at Main and Seventh Streets, and donated the property to the state. Groundbreaking for the Marlow Armory took place on November 7, 1935, and construction proceeded through the rest of the year, through 1936, and into 1937. Due to labor shortages, materials shortages, and weather-related shutdowns, a short project expanded into a long one. In January of 1936, WPA administrator Gen. William S. Key ordered project supervisors to rearrange the work schedule from one eight-hour shift to two six-hour shifts per day. This would accomplish two purposes: it would employ more workers, a bona-fide WPA goal, and it would bring the project back onto its original schedule. By October, from 70 to 122 men were employed at the armory site. The Guard unit moved into the new facility on November 30, before the building was completed. 11 Finally finished in January, 1937, the armory was dedicated on April 1, 1937, despite the heaviest snowfall of that winter season. On that day, Marlow celebrated with an open house, banquet, and band concert. General Key, state WPA director, and other state and local dignitaries participated in the dedication, and the program concluded with a dance in the new armory.  WPA projects in 1935-1937 propped up the sagging rural economy of Stephens County. By the end of 1937, the WPA had invested in projects ranging from farm-to-market roads to a stadium and sewer cleaning. The armory was the largest project in Marlow. The WPA’s cost on the armory project was $50,000, with the city contributing the land. 13 In human terms, thousands of person hours of labor went into the armory’s construction. Most significantly, a monthly average of fifty men were employed on the project, with the work rolls sometimes climbing to 122 persons. These figures testify to the laborintensive nature of WPA projects, which were designed to provide as much work as possible for those on relief rolls. Most of the hours were consumed in hand labor—hod carrying, bricklaying, concrete-pouring, and in installing a wood block floor in the 80′ by 140′ drill room (more than 100,000 pine blocks were cut, primed, set in asphalt, sanded, oiled, and polished, in sections). A concrete floor would have sufficed, but ample time and labor were available to create a complicated design.
Upon completion, the Marlow Armory became the home of the 45th Military Police Company, Special Troops, 45th Infantry Division, Oklahoma National Guard. [7] 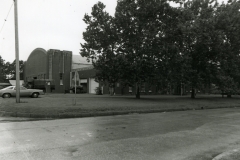 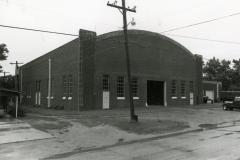 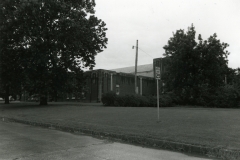 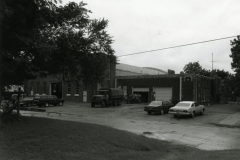 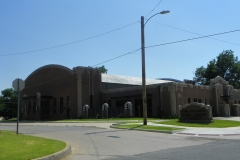 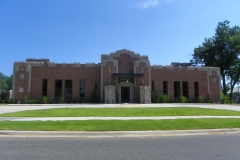 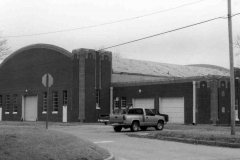 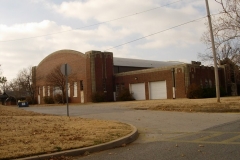 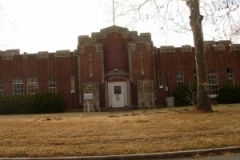 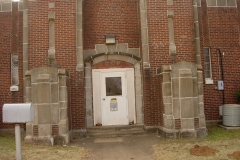 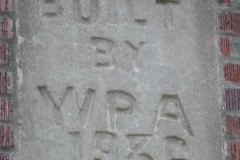