There are two spectator stands at the Atoka Football Field. Situated on the west side of the gridiron and measuring 125 feet by 38 feet, the larger one has three exterior walls constructed of rusticated and coursed native sand stone. The tiered floor and seats of the stands were built from poured and pre-formed concrete. At either end an arched doorway opens into space beneath the stadium seats. Across the field is a stands of eight tiers constructed completely of poured concrete and built into an earth embankment. Atop the thirteen tiers of the larger stadium, a press box has been built. This and a coat of white and maroon paint on that part of the stands facing the field have not altered the integrity of the structures.
The Atoka Football Field and Stadiums have significance in that they demonstrate the varied dimensions of the WPA building program and the agency’s interpretation of “useful” public works. At a time when spirits and self-esteem were low, the athletic field promoted sporting events that enabled Atoka residents to forget their problems and cheer for winners. Moreover, it was the genesis of a fierce football tradition still evident in the community. The Atoka athletic facility also provided job opportunities for dozens of persons whose only previous support had been public relief. The payrolls generated helped ease the consequences of the depression among mainstreet merchants. 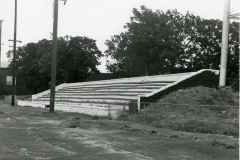 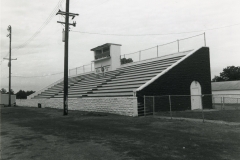 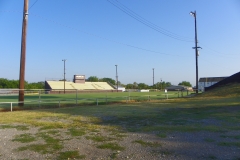 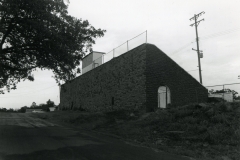