“The formidable native sandstone building located at 715 W. Chickasha Avenue was built in 1936 by the WPA. It was the home of the 189th Field Artillery. A photo in the gallery shows the armory as it was in the 1950s. Where today a YMCA sign is erected, formerly, the 45th Infantry “Thunderbird” proudly emblazoned the front of this building.

In 1936, the American Legion Post No. 54 also called this building home.

Today it houses the Chickasha Area YMCA. Where four large overhead doors flanked the main entrance, those areas are now infilled with glass blocks. A metal plaque on the building reads: “State Armory/Built by the Works Progress Administration/1936/W.S. Key/State Administrator.”

Another plaque to the west of the main entrance reads: “Honoring/the citizens who/donated this site/Battery B, 189th F.A./1936.”” 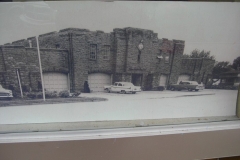 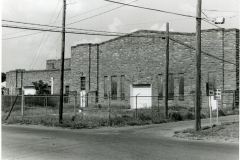 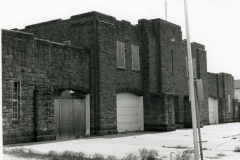