The Enid Armory is a two-story, essentially rectangular (246′ x 17 5′) building constructed of red brick. Extending from the central drill floor are one and two story units that externally make the building appear to be a series of different sized cubes. The roof is flat with parapets capped by concrete blocks. Central entryways are framed on the sides by brick piers and, above, a frieze that suggests a porch roof. Fixed and single windows are encased by metal and rest on concrete slip sills. On the front, insets above the windows rise to the roof line. There are four to five garage doors on either side of the structure.
The third largest constructed in Oklahoma, the Enid Armory is an exceptional resource for the local community and the region. Architecturally, as a WPA building it is unique in its use of brick construction materials, contrasting with armories in the state other than those in the northwest which were generally built of native stone. The use of the building by the Oklahoma National Guard for the past 50 years underscores its significance. There, units of the guard have prepared themselves for military action in World War II and Korea and for civil defense and disaster relief. In other ways the structure has also contributed to an improved quality of life in Enid. Construction of the armory poured wages from some 152,000 man­hours of labor into the local economy during a critical portion of the depression, materially improving the community’s economic condition and quality of life. Those same wages also enabled the laborers on the project, many of whom were agriculturalists driven to destitution by the drought, to provide for their own families and to tide themselves over the economic slump until better times returned.[1]

This building is on the National Register of Historic Places[2]

“The Enid Armory, located at 600 E. Elm Avenue is a two-story red brick building, constructed as a WPA project in 1936. At the time, it was the third largest armory in Oklahoma. It is the only armory built using red brick.

This building has been used to train soldiers for World War II and Korea. It was targeted by the Base Realignment and Closure Commission in 2005, as one of the 58 armories to be closed within the next five years. Currently, a new Armed Forces Reserve Center is being built at Vance Air Force Base in Enid. This Center should be completed in the Fall of 2010, will take over training operations, and this armory will no longer function as such.”

The building was demolished in 2010 and is now the site of the Garfield Elementary School.[8] 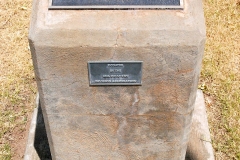 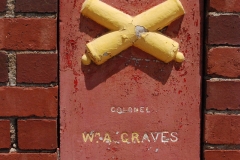 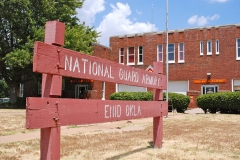 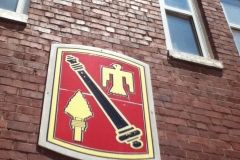 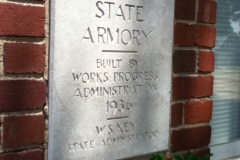 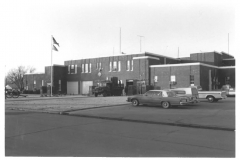 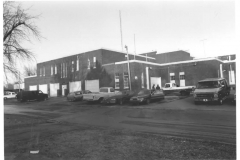 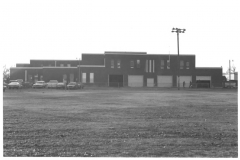 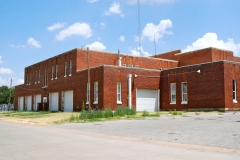