This rectangular shaped (141′ x 120′) structure is made of cut, coursed, and rusticated native stone of buff colors laid randomly. The roof is flat over the garage section, while over the central drill floor unit it is arched. Parapets capped with oversized cut stones are associated with both. The front entry is framed by side walls as well as pilasters and a cornice that extend above the roof line. There are also pilasters at each corner. Elongated windows with cut stone sills are metal encased, above which on the front is decorative red brick work. Four vehicle entries are on the south side.
Construction of the Haskell Armory was the first major WPA project within the community. It provided wages from some 71,000 man-hours of labor that were infused into the local economy in an attempt to buffer it from the ill effects of the depression and enabled unemployed, destitute workers to provide for their families. It also provided the city with the opportunity to engage young men in military training and prepardness during World War II. Architecturally, the building is unique within the Haskell region in terms of type, style, scale, materials, and workmanship.[1] 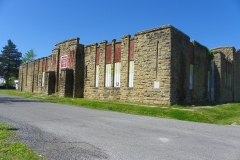 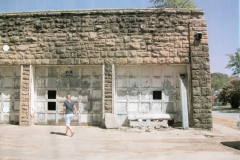 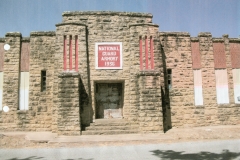 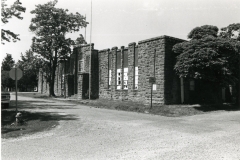 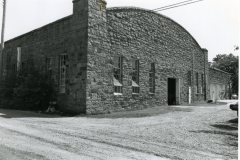