A two-story building constructed of red brick manufactured locally at the state penitentiary at McAlester, Oklahoma, with black and dark grey limestone detailing which measures 140 feet north-south and 125 feet east-west. Main entrance faces south and the floor plan is typical of WPA armories designed by Bryan Nolen. A north section with barrel roof contains the drill area will the flat-roofed south section comprises offices, supply and arms rooms on the second floor and a garage area on the ground floor.

The armory construction started in the first week of January 1936 with an average of 50 unemployed, unskilled labors and brought $51,307.00 into the economy of Minco. At various times the project employed between sixty and two hundred men working staggered shifts (two six-hour shifts per day), in order to provide maximum employment and to finish the job in an expeditious manner. The armory was completed in December 1936 with the dedication ceremony held on December 15, 1936. [8] Not only did the armory provide a longstanding need for adequate, secure drill and arms storage for Headquarters Battery and Combat Train, 189th Field Artillery, 45th Infantry Division but also a community civic center used for concerts, dancing, and other community gathering events.

Since Oklahoma started its “depression” during the 1920s due to agricultural and oil prices dropping, which then followed with the Great Depression of early 1930s, the local economic activity in Minco swiftly declined and by September of 1934, 1,279 families which was 11.2% of the county population were on direct relief. [6] With the inauguration of the WPA in late spring 1935, Minco citizens began pressing the Town Board to prepare several proposals for WPA projects. These would include street paving, sidewalks/curbing, a swimming pool/bathhouse and tennis courts. The board finally submitted these request as well as proposed the construction of an armory building, which was projected to cost $44,000. The site proposed was on West Pontotoc Street, where El Meta Bond College had stood. Mrs. Meta Chestnutt Sager, the founder of the college, sold the property to the city for one dollar for the use of the National Guard. The city deeded the property to the state, thus providing the sponsor’s share of the project in land. [7]

Listed on National Register of Historic Places, May 20, 1994. 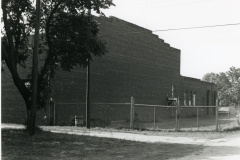 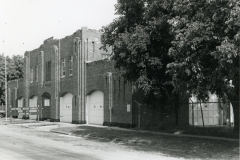 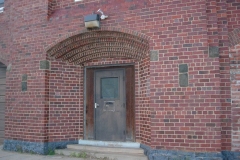 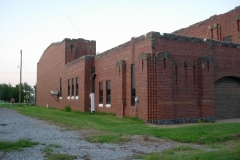 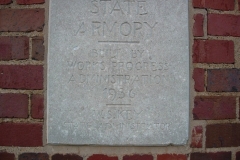 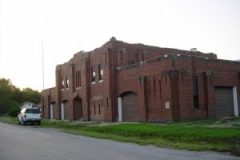 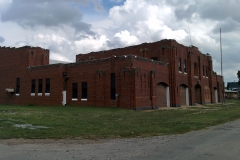