Also called CCC Park, Perry Lake Park was built by the CCC during the Great Depression. The lake, dock and picnic shelters remain.

A plaque at the park provides a history of this site:

“The creation of the Civilian Conservation Corps (CCC) by President Franklin D. Roosevelt in 1933 gave promise to many communities affected by the Great Depression of the 30’s. Through the cooperative efforts of the Chamber of Commerce, city officials and interested citizens, 170 acres of land referred to as ‘The Perry City Farm’ was designated as the site for a CCC Camp. Will Rogers, at the time Oklahoma’s Congressman at Large, worked with the United States Department of the Interior to ensure a Camp would be located in Perry.

‘In March of 1934, Perry was selected as the site for CCC Camp Number 863. Here 216 young men (some from Perry) lived and worked from May 1, 1934 through July 1, 1935. They constructed buildings, bridges, trails, shelters and picnic tables. The men planted more than 2,000 trees, and stocked the 20 acre lake with crappie, bluegill and channel catfish.

“The buildings and structures that remain today are excellent examples of ‘Park Rustic,’ the architectural and landscape design philosophy of the National Park System. Perry Lake Park was placed on the National Register of Historic Places in 2007.

The coordinates above are located at the entrance on Highway 86 (S. 4th Street) on the west side of the lake. The park is located one mile south of the town of Perry. This is a 20-acre lake, with wooded and hilly surroundings. Paved drives (one-way) meander around the south and north sides of the lake.

Some of the original construction has deteriorated and been demolished over the years, but several rock structures still exist, including the Gatehouse at the entrance, several rock bridges of culverts along the drives, a picnic pavilion and a large boathouse.

The lake area is actively used and a beautiful site.[2] 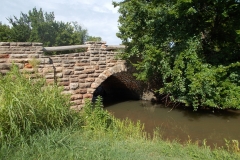 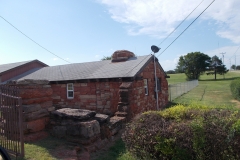 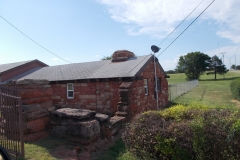 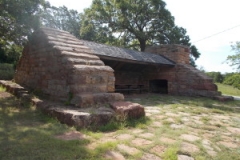 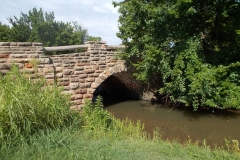 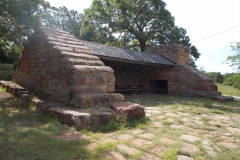 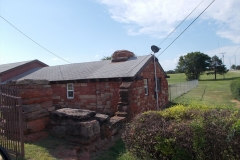 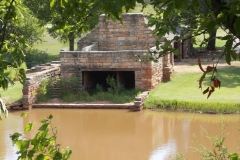