Destroyed due to new construction of bridge

The Viaduct Project was exciting for the residents of Guthrie. The double decker viaduct bridge was built to prevent people from being stuck waiting for trains to pass at a cost of $133,260 in WPA funds. It is 1088 feet long. The overpass was designed to start just after second street, where it extended 108 feet on a retaining wall before connecting to 15 large cement piers. The west end stopped short of 5th Street, and the retaining wall was 222 feet long. The lower deck beneath the overpass was built to provide access to businesses along the river.
​A new overpass is currently in the works, upon its completion the old viaduct will be demolished, so take a good look while you still can.

“On the west side of the historic downtown area of Guthrie, this two-level viaduct takes W. Noble Avenue (State Highway 33) across the often-raging Cottonwood Creek.

The upper level is one-lane each way, beginning at N. 2nd Street and ending at N. 5th Street. The viaduct is constructed of concrete and crosses several railroad tracks, as well as the Creek.

A lower level is barricaded and no longer in use. It has a concrete roadbed and appears to only be a single lane, however, in the 1930s it was most likely a two-lane access. A pedestrian walkway runs along the north side of this level, with outward extensions for persons to walk around the concrete pillars.

There is no WPA plaque or marker that we could find. Authentication was found on the Guthrie Historic District nomination form. The viaduct is listed on Page 70 as a non-contributing structure to the District, however, it is shown to be “WPA, 1930s.””   (http://www.waymarking.com).

Viaduct was taken down in 2018 and replace with Oklahoma Department of  Transportation bridge. 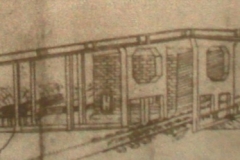 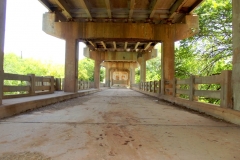 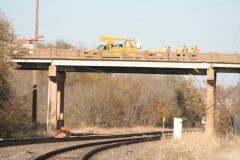 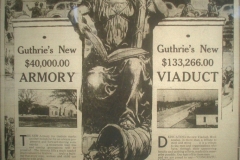 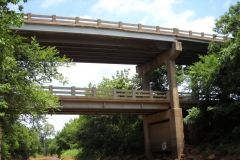 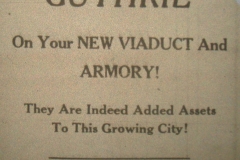 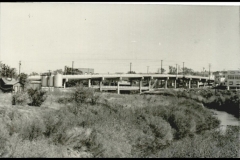 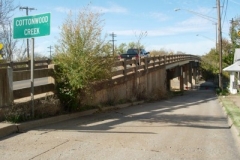 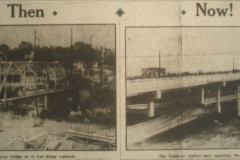 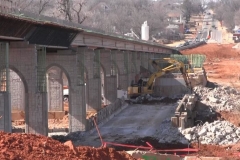