The Washington Stadium, situated on the west side of the track and football field, is constructed of a poured concrete superstructure. The stadium floor, also of concrete, rises 15 tiers. The structure is 330 feet long and 30 feet wide. The stands are entered via walkways under the superstructure. The north 62 feet of the space beneath the risers is enclosed to create dressing rooms. A press box atop the stadium, constructed later, does not impair the architectural integrity of the structure.
Washington High School was the black high school in Tulsa during segregation. Fifteen years before the construction of the stadium and athletic field, it and the surrounding black community (the Greenwood district) was the scene of an awful race riot that left scores dead. The stadium reflects the determination of Tulsa educational officials, at least, to try to redress some of the damage of that riot by providing appropriate athletic facilities for black students. Of course, the stadium is also a symbol–a decaying one, now–of social segregation. The structure is also significant because it provided job opportunities for unemployed blacks made destitute by the depression and their social status and because it imfused wages paid workers into the local business economy. 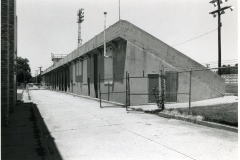 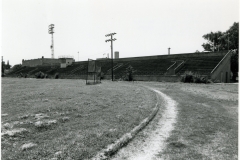