The Alva Armory is composed of two segments: a drill floor unit with a high ceiling and a two-story garage/ office unit. Rectangular (133′ x 121 ‘) in shape, the armory is constructed of coursed red brick. The roof over the drill floor is arched with gable parapets; elsewhere it is flat with parapets. Crenelated concrete caps crown the parapets. The main entry on the south is recessed[sic] within a segmented[sic] arch and sequential insets of bricks. Windows are metal encased, while four garage doors on the south front cover segmented[sic] archways. There are three garage entryways at other locations in the building. Stepped pilasters capped with molded concrete, patterned brickwork above the second story windows, and masonry insets give the structure considerable decorative style.
The Alva Armory is an exceptional resources for the local community. Architecturally, as a WPA building it is unique in its use of brick construction materials, contrasting with armories in the state other than those in the northwestern counties which were built with native stone. Locally it is outstanding for its extensive use of concrete moldings at the roofline and on top of pilasters. The use of the building by the Oklahoma National Guard for more than forty-five years underscores its significance. There units of the guard prepared themselves for military action in World War II and the Korean conflict and for civil defense and disaster relief at home. In other ways the structure has also contributed to an improved quality of life in Cherokee. Construction of the armory poured wages from some 66,000 man hours of labor into the local economy at the depth of the depression helping to revitalize main street. Those same wages also enabled the laborers on the project, most of whom were agriculturalists driven to destitution by the drought, to provide for their own families and to tide themselves over the economic slump until better times appeared.[1]

The building was used by the Oklahoma National Guard for more than 45 years. These units were deployed in World War II and the Korean War. The building is now used the the local school district as their school bus garage.[2] 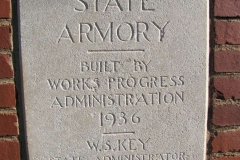 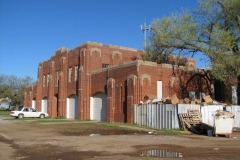 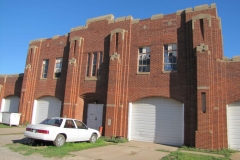 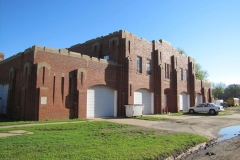