Oklahoma Landmarks Inventory Form states that the WPA Survey III could not locate this property. I found a city park that locals called the old Pat Hennessey Park at this location. There are two markers on a upright stone marker one states: ‘THIS MARKS THE PLACE ON CHISHOLM TRAIL WHERE, DURING THE CHEYENNE AND ARAPAHOS INDIAN UPRIASING, PAT HENNESSEY A GOVERNMENT FREIGHTER, WAS MASSACRED, JULY 4, 1874, BY WHITE OUTLAWS, MASKED AS INDIANS. HIS GRAVE LIES NEARBY. THE TOWN OF HENNESEY WAS NAMED IN HIS HONOR.

The second one reads: “Presented to Town of Hennessey by Annette B. Ehler”

Several stone structures are built with native stone giving the belief that this might have been the city park mention in the Inventory Form. 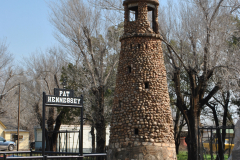 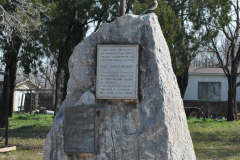 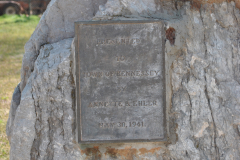 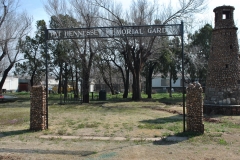 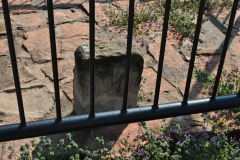 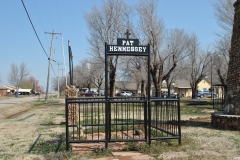 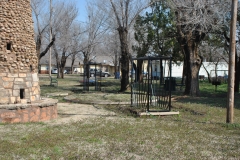 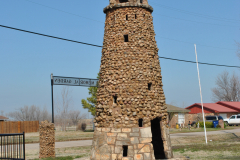