The Michael J. Hunter Park Pool is circular in design, having a 42 foot radius. It is constructed of poured concrete and is no more than three feet deep. Surrounding it is a poured concrete apron.
The Michael J. Hunter Park Pool is significant because it offers a study in contrast between recreational facilities constructed by the WPA for black and white citizens. Little more than a wading pool, the Hunter Park facility was built for the black residents of McAlester. It stands in stark contrast with the Jeff Lee Park bath house and swimming pool constructed for white citizens across town. Yet there was a recreational facility for blacks, which would have not been the case had there not been a WPA. The pool is also important in that construction of it provided jobs to black workers on relief who had suffered more from the consequences of the depression than most whites. 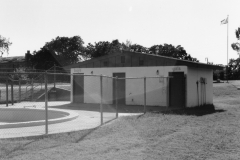 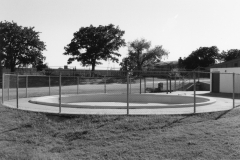 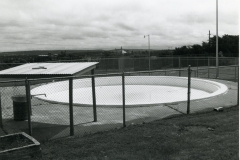