Constructed of rusticated and randomly laid native stone blocks 18 inches thick, the Tulsa Airport Hanger is rectangular (247′ x 213′) with a large central section and wings on either side–one of which is two stories high. Mortar is extended and flattened. With parapets all around, the roof is flat on the wings and arched over the hanger. Wall caps and window sills are pre-formed concrete, while on the front the pilasters are stepped. At either end of the hanger are eight sliding, metal doors, the “gable” above which is filled with sheet metal. Replacement of some metal casement windows with single, pane bronze metal cased windows has not at all affected the architectural integrity of the building.
As a WPA building, the structure is unique in that hangers were not all that frequently constructed by the agency. Of those that were, the Tulsa hanger is one of, if not the largest constructed. It is also notable architecturally within the community as to type, materials and nature of workmanship. (On the interior walls of the second floor hallway, WPA stone masons chiseled small animals.) Such a huge building also required large numbers of workers, all of whom were taken from the ranks of the unemployed and given a respite from the ravages of the national depression. For a time the hanger housed a unit of the Oklahoma Air National Guard, contributing directly to the defense of the nation–especially during the Korean War. Thus the structure is significant architecturally, socially, and militarily. 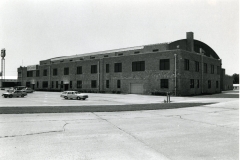 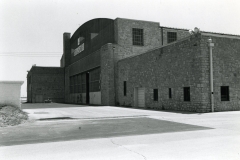 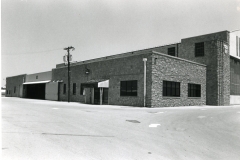 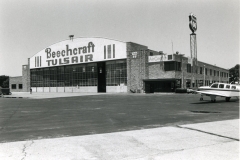