“Wintersmith Park was originally established in 1907 with the damming of Lake Creek. This 150-acre park had extensive work done by the Civilian Conservation Corps (CCC) in 1933-34.

“In the late 1930’s, the WPA was brought in to continue the work begun earlier by the CCC. They constructed several picnic areas, and the WPA shield can be seen in the concrete table tops. They built the Firefly (Girl Scouts) cabin, a small house with a gabled roof, constructed of native sandstone, and clad with petrified wood. Several small flat bridges were built across creeks along the trails. Two stone arched road bridges on the north side of the park, were WPA-constructed in 1940.”[1]

Wintersmith Park was a joint WPA-CCC project. Within the park are two unique structures: a lodge building and an amphitheater. The lodge measures 137′ x 73′ and is constructed of uncut, crudely-laid native stone. It is essentially a single-story structure with a gabled roof with intersecting center gables front and back and wood shingles. The east end of the picture window, and the rest of the windows are casement with stone sills. There is a poured concrete patio in back with blind rock rails. It is not clear that the lodge is truely a WPA structure.

The amphitheater measures 195′ x 135′. It has 29 curved rows of sandstone seating laid on a hillside. There are two vertical aisles through the theater. It most certainly is WPA.[2] 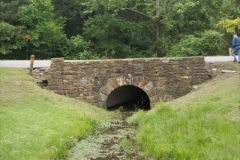 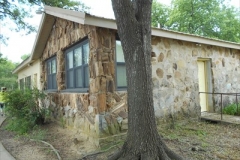 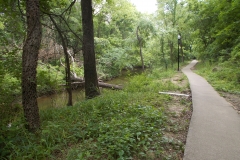 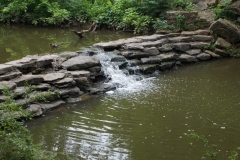 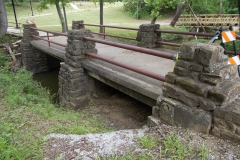 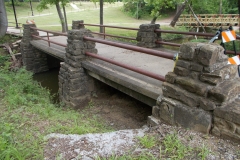 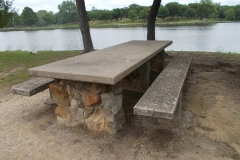 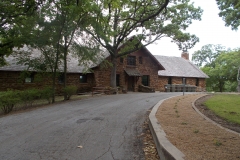 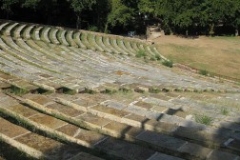