By late summer of 1935 Stephens County municipalities had submitted a number of proposed WPA projects. The Duncan City Commission submitted several proposals, one of which was for the armory. Duncan was initially approved to receive an armory, but was one of 19 cities for which armories were scheduled and then not placed back on the final list. It took the intervention of Oklahoma Congressmen and Senators to get Duncan back on the list of approved cities. After several sites were considered, the city commission selected a site in Fuqua Park for the new building and deeded the property to the state. Groundbreaking for the Duncan Armory took place on October 24, 1935, and construction proceeded through the rest of the year, through 1936, and into 1937. Due to labor shortages, materials shortages, and weather-related shutdowns, a short project expanded into a long one. In January of 1936, WPA administrator General William S. Key ordered project supervisors to rearrange the work schedule from one eight-hour shift to two six-hour shifts per day. This would accomplish two purposes: it would employ more workers, a bona-fide WPA goal, and it would bring the project back onto its original schedule. The number of men working on the armory increased from 32 to 42. A Union revival meeting with seating for 1,000 in the drill hall was held in the armory during the first weeks of April, 1937, while the last finishing touches were being completed. Finally finished in April, 1937, the armory was dedicated on May 21, 1937. On that day, Duncan celebrated with an open house, parade, cornerstone laying ceremony, banquet, and band concert. General Key, state WPA director, and other state and local dignitaries, participated in the dedication, and the program concluded with a dance in the new armory. 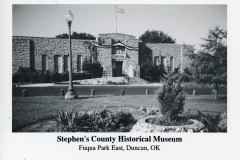 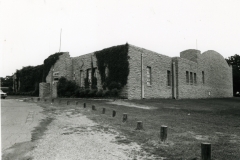