This PWA building was built from 1934 to 1936 after the 2nd Courthouse, built in 1908, burned due to a fire that started in the fourth-floor jail.

How did the county submit the requirement to get funds from PWA?

The 1929 survey of Architecture of PWA book describes the site “This new four-story and basement structure, with a partial fifth story, replaces an old courthouse which was destroyed by fire. The basement contains offices for the justice of the peace, an assembly room, ladies’ parlor, and the necessary utility rooms. The first floor is occupied by the offices of the county treasurer, clerk, assessor, recorder, county engineer, auditor, and superintendent of schools. The district and county courtrooms, with offices for the judges, reporter, and attorneys, are on the second floor. The third floor contains the jury rooms and the upper parts of the courtrooms. The jail occupies the fourth and partial fifth floors. The building is fireproof and is faced with limestone. It was completed in April 1935 at a construction cost of $199,560 and a project cost of $207,575.” [4]

Built in Art Deco design with limestone on the outer façade and granite floors and stucco walls in the interior. Designed by Hawk & Parr an architectural firm from Oklahoma City who had designed many well know architectural buildings in Oklahoma and Kansas [2]. Building by Reinhart & Donovan beginning August 15, 1934 and completing in 1936. According to the National Register of Historic Places Nomination Form “…is a three-story, faced stone block structure with a raised basement. The central portion of the front façade has a “false front” extending approximately twelve feet above the rest of the building’s roofline.” The fourth-floor old jail was remodeled in 1966.

The courthouse has two mural cycles on the first floor, and two wall murals on the second floor which were funded by the WPA Federal Art Project. These murals were painted by know muralist, Ruth Munro Angur. Ruth Angur was forced on the WPA rolls during the due to commissions falling off so badly. She received WPA work at $57.50 a month while painting the murals. She officially began on December 1, 1935 but due to a long period of research which she stated later was necessary before the artist could begin to apply paint to canvas. She estimated that she spent the equivalent of 15 to 16 months in research before she started painting and a total time of three years for the project. The murals cover 1,136 square feet on the first floor. It is stated that she used 36 pounds of white paint and 20 pounds of combined colors on the murals. Another unique and remarkable feature is the oil paints that were used were manufactured from a single chemical base, regardless of color. This was done in order to avoid fading and discoloration of the murals in years to come and according to Miss Augur, the colors will be as bright 200 years from now as they are today. [8] Full article here. 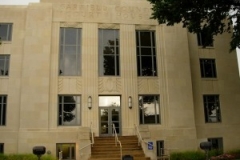 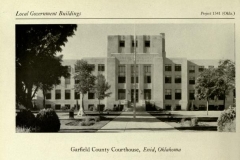 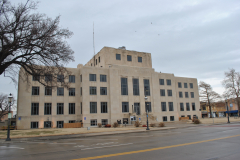 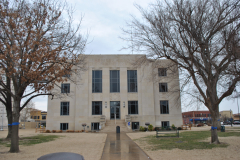 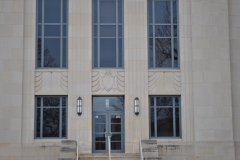 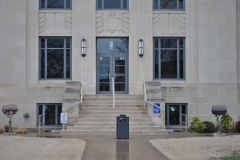 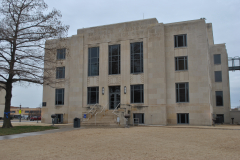